Among the sea of spy camera manufacturers who tend to put out as many models as possible, there are some who instead focus on only having a few models, but really, really good ones. One such brand is Lawmate, and they’re a premium manufacturer that has some of the best spy cameras out there.

Now, make no mistake, Lawmate’s models are expensive. For the same price as a single camera you can buy a couple of more budget-oriented cameras, for example. But, will those cameras be as good as the Lawmate you’d get? Probably not.

With that in mind, below we’ll be taking a look at some of Lawmate’s best hidden cameras. They’re all disguised to look like other common household products, but instead hide cleverly disguised cameras inside, ones that are nearly impossible to spot unless you know what you’re looking for. If you’re someone who appreciates quality and doesn’t mind paying for it, they’re probably a great choice for you.

Best For Spying In Your Car 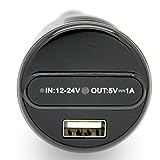 First on our list we’ve got Lawmate’s “car charger”. The PV-CG20 looks like one of those car chargers that you plug in your vehicle’s lighter plug and use to charge your phone. It actually does have a USB port on top, so unless you know it’s not a charger, chances are you won’t be able to spot that it’s a camera.

The camera itself is all black, and has a rotating head, which allows you to rotate the lens in just about any direction you want to. Add to this the fact that you have a continuous power source, and Lawmate include a 32GB memory card with it, you’ve got yourself an excellent pick.

The camera itself records pretty high quality video, and you can even have a time and date stamp. That high quality video thing we mentioned also applies at night, too, because the camera comes with night vision recording functionality.

All things considered, if you’re looking for a hidden camera that you can put in your car and leave there, for it to record anyone tampering with your car, or a potential thief that might try to enter and steal it, the Lawmate PV-CG20 is actually perfect for you. 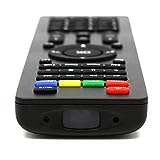 While we’ve seen hidden cameras that are disguised as USB flash drives, or wall chargers, or even pens, we’re yet to see one that looks like a TV remote. Well, that was until now, and now we have the PV-RC10FHD by Lawmate, which looks exactly like one. The camera itself is at the top of the remote, so it’s impossible to spot, and you can leave it somewhere in the living room.

The battery life is 8 hours when it’s recording, and you have up to 8 days of standby. Video recorded is saved at 1080p and 30 frames per second, which is excellent. You can capture photos, too, with the 5MP sensor. There’s a 66 degree field of view, which quite honestly, isn’t too wide but it does do the job. You can also add time and date stamps to the video, which is a neat addition. To save the video, you can use up to a 32GB memory card, which is pretty good.

We did mention standby time and continuous recording, so what’s the difference? Well, the PV-RC10FHD comes with motion detection, which means you can set it up to only record when there’s motion in front of it. This doesn’t only save battery, obviously, but also only records when something is happening. You won’t have to scrub through hours of footage. All things considered, an excellent camera if you can have an extra remote in your room that doesn’t do anything, without people questioning it.

Perfect For Every Situation 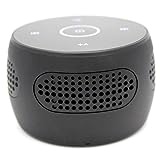 The last camera we’d like to cover by Lawmate is their PV-BT10I, which looks like a Bluetooth speaker. While this is the most expensive one on our list, it’s also the most versatile one. You can put a Bluetooth speaker pretty much anywhere without people questioning what it’s doing there, and the lens is cleverly hidden behind the “speaker grille”, so it’s nearly impossible to spot.

When it comes to the sensor, you have a 1/2.9” CMOS sensor which records some very high quality video. You can choose resolutions, with the lowest one being 848 x480, and the highest one being 1920 x 1080. The framerate is up to 30 frames per second, which is excellent and about what you’d expect from a good camera. You can choose between continuous recording and motion detection only. Continuous recording is self-explanatory, while motion detection only records when there’s motion in front of the camera. The videos are saved on a memory card that could be up to 32GB, and you do get one in the box which is pretty nice.

The price being high also has to do with the fact that this is an IP-based, Wi-Fi enabled camera that you can access from juts about anywhere. You can use the PV Cam Viewer app on any smart device, so you don’t have to grab the memory card and copy things to a computer just to be able to view them. Oh, and to add to that, it also does work as a Bluetooth speaker, which only adds to its versatility.

At the end of the day, there’s no denying that even though expensive, Lawmate spy camera options are among the best ones out there. They’re the easiest to hide, they’re great in terms of quality and they also come with a lot of excellent functionality that will give you a great camera overall.

If you don’t mind paying a bit extra for quality and versatility, the Lawmate spy camera models we spoke about above are definitely something to consider.